Zwischen Hilfe an «Brüder in der Not» und «Kanton Übrig»

Geneva and the Future of Multilateralism

16.09.2019
The creation of the League of Nations in 1919 marked both the beginning of modern multilateralism and the rise of international Geneva. 100 years later, around 40 international organisations, the permanent missions of 179 countries and hundreds of NGOs are working together from Geneva to build a safer, more just and prosperous world. In an increasingly interdependent world, international cooperation is ever more necessary. Only multilateral responses will make it possible to address the global challenges our societies are facing. Who are the actors and what are the current and future decision-making processes? What is Geneva's role in this evolving context? This is the topic of the debate organised at the University of Geneva in partnership with the federal, cantonal and municipal authorities, the United Nations Office at Geneva and the Fondation pour Genève. The event marks a day of celebration of the centenary of multilateralism in Geneva, during which the Confederation, the Canton and the City of Geneva will renew their commitment to international Geneva by signing a joint declaration.Debate in Presence of Ignazio Cassis, Head of the Federal Department of Foreign Affairs, and  Tatiana Valovaya, Director-general of the United Nations Office at Geneva.Presentation by Sacha Zala, director of the Research Centre Dodis and co-editor of the publication «Switzerland and the construction of Multilateralism» (www.dodis.ch/q14). For further information.
read more 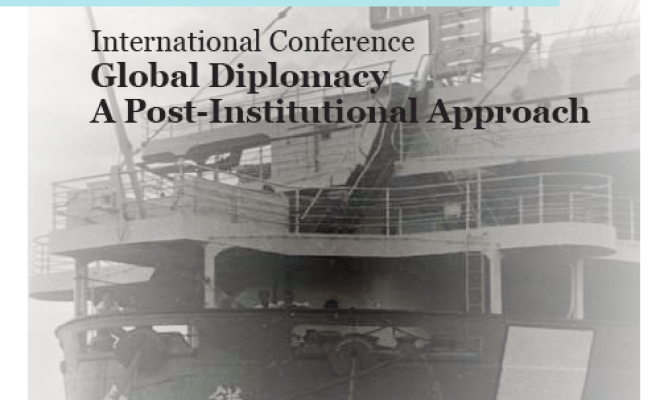 30.08.2018
«Global Diplomacy – A Post-Institutional Approach» was the title of an international conference that took place on August 30-31, 2018, coorganized by Dodis and the Institute for European Global Studies of the University of Basel. The conference seeked to move beyond Eurocentric discussions, aiming for a global perspective on diplomacy.
read more

07.05.2018
The research center Diplomatic Documents of Switzerland cordially invites you to the vernissage of volume 26 (1973-1975) of the DDS series. The event will take place on Monday, May 7, 2018 at the Federal Archives in Berne. Thank you for your registration until April 30.
read more

Launch of volume 7 of the Quaderni di Dodis