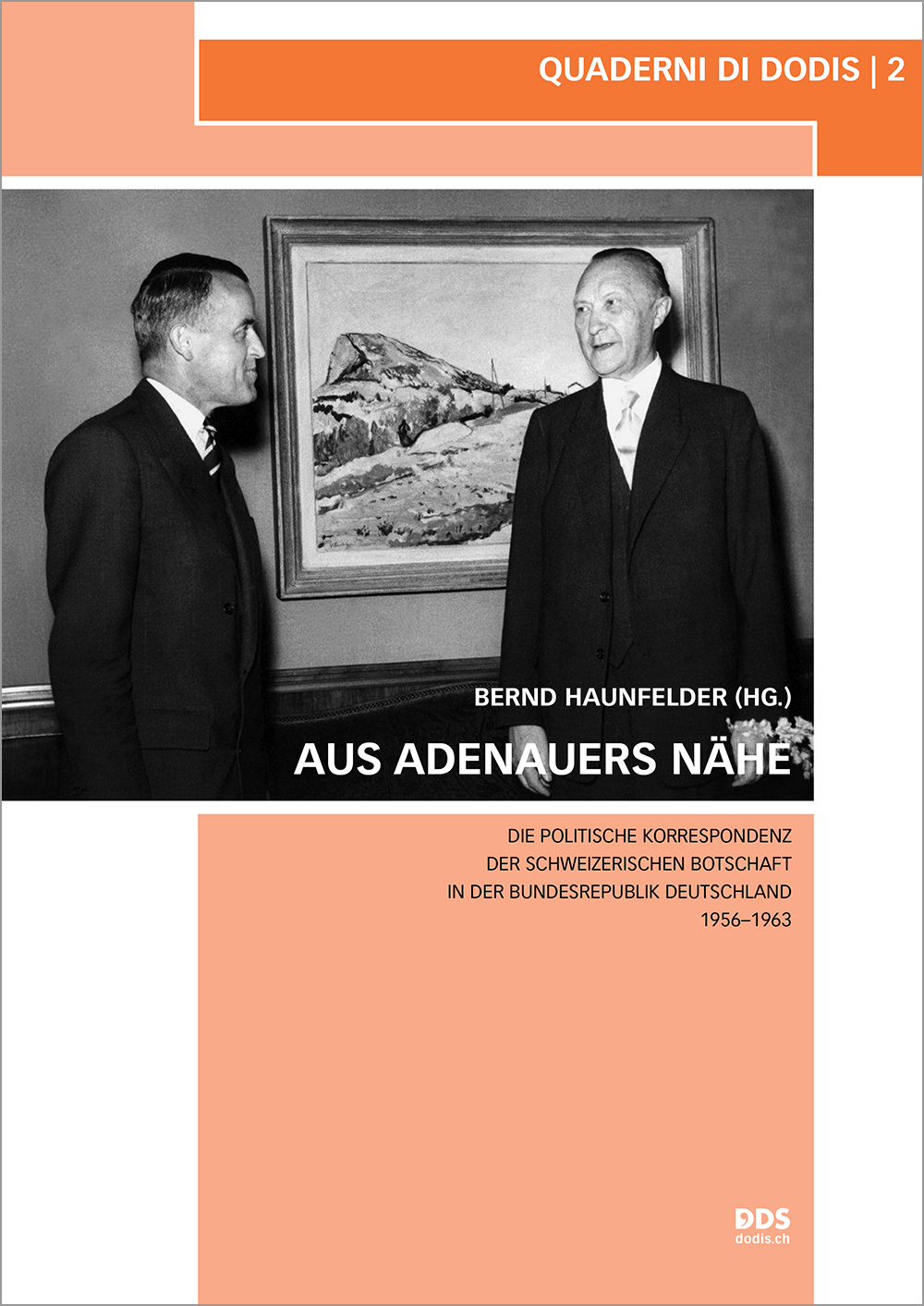 This edition offers the published correspondence of the Swiss Embassy in the Federal Republic of Germany, from 1956 to 1963, and comprises 268 documents. From the peak of the Adenauer era to its end, Switzerland was represented by two of its top diplomats, Albert Huber (1949-1958) and Alfred Escher (1959-1964). Most documents focus on Adenauer's politics. Some of the main subjects are the efforts towards reunification, problems surrounding the European economic merger under the umbrella of the EEC, the application of the «Hallstein doctrine», the relationship between Bonn and Washington, London and most of all Paris and the Soviet Union, the great East-West crisis of 1958 and 1961, connections to the Middle-East and especially Israel, as well as issues surrounding armament and disarmament, which include NATO strategies. Huber and Escher were kindly disposed towards the Federal Republic and were able to judge fairly. Their reports, in which they keep a certain aloofness, testify to the real meaning of «neutrality». These are without a doubt another piece of the puzzle of the Adenauer era, as well as an important part of the Germany-Switzerland relations.

About the author
Bernd Haunfelder, * 1951 in Würzburg, Dr. phil., historian and journalist, 1983–2011 editor of Münster/W., author of many scientific publications focusing on the history of German parliamentarism and Swiss humanitarian aid, amongst other subjects.