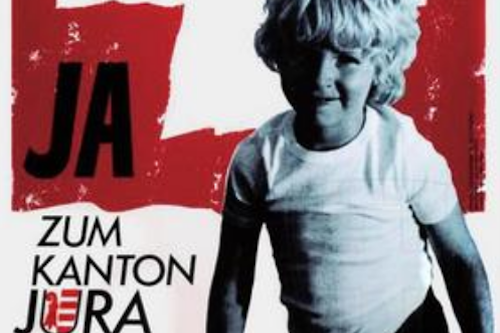 «We are embarrassing ourselves, as foreign countries are getting the impression that Switzerland is incapable of dealing with its minority problems», the Head of the Military Department, Paul Chaudet, complained during the Federal Council meeting of 17 March 1964 (dodis.ch/31968). Federal politics was at the time growing increasingly concerned with the Jura question. A few months later, Chaudet was shouted down by activists of the «Béliers» group, itself part of the separatist «Rassemblement jurassien», during a public appearance in Les Rangiers.

After the events of Les Rangiers, Chaudet’s fellow Federal Councillor, the Bernese Friedrich Traugott Wahlen, classified the radical youth organisation as «proto-fascist» (dodis.ch/30806). That he did so in his function as Foreign Minister and during the annual conference of Swiss ambassadors shows how seriously the Federal Council took the international dimension of Jura separatism. It strained diplomacy with Switzerland’s neighbour France and affected its relations with the Council of Europe as well as the possibility of Switzerland joining the European Convention on Human Rights.

French support for the «Jura libre»?

«Vive le Québec libre», Charles de Gaulle called out on the occasion of his state visit in Canada’s Montreal in 1967 (dodis.ch/32706). In the ranks of Swiss diplomacy, concern rose over whether some forces within France’s ruling party were in support of Jura separatism, too (dodis.ch/32591). This suspicion was corroborated when, in September 1968, a delegation of the «Association féminine de la défense du Jura» was met by two French members of parliament in the Council of Europe in Strasbourg. Bern contacted the Quai d'Orsay and vehemently protested against this «meddling with an internal Swiss matter» (dodis .ch/32600).

Switzerland had been a member of the Council of Europe since 1963. Joining the European Convention on Human Rights was hotly debated. Olivier Reverdin, an influential member of the National Council from Geneva, opined that in case of a ratification, Switzerland would have to expect an increasing number of interventions in Strasbourg. At a high-profile meeting on the Jura question, Reverdin, himself a member of the Parliamentary Assembly of the Council of Europe, invoked the «foreign judges» mentioned in the 1291 Swiss Federal Charter: «by allowing a foreign intervention in Swiss domestic policy, the separatists are violating a fundamental principle of our state, one as old as Switzerland itself» (dodis.ch/34196).

Even after the Bernese electorate in 1970 conceded to the Jurassians the right to hold referenda on the formation of a new canton, radical machinations continued. «The Béliers have specialised in blindsiding the public with well-prepared blitzes», admitted Bern’s municipal police in 1972, when separatists had tarred the federal capital’s tram rails in protest against the dilapidation of the Jura road system (dodis.ch/35494) But the Béliers did not limit their acts of sabotage to targets in Switzerland.

Occupations of embassies in Paris and Brussels

On the morning of 13 July 1972, over a dozen Béliers entered the Swiss embassy’s consular office near the Esplanade des Invalides in Paris. They barred the entrance, displayed two Jura flags and a banner beneath the window, and occupied the building for several hours (dodis.ch/40890). On 3 August 1973, activists simultaneously invaded the Belgian embassy in Bern and the chancery of the Swiss embassy in Brussels (dodis.ch/38196). The interventions remained minor incidents. The Federal Council filed a demand for prosecution of trespass with the Office of the Attorney General (dodis.ch/37108 and dodis.ch/38192).

A «lesson for all of Europe»

Precisely 40 years ago, on 24 September 1978, the moment had finally come. 71% of the Swiss electorate and all of the country’s cantons supported the creation of the Canton of Jura. On 1 January 1979, the Northern Jura districts Pruntrut, Delsberg, and Freiberge became the youngest member state of the Swiss Confederation. It was a decisive step in settling the decades-old conflict, even if the Jura question remained a topical issue. The international press paid tribute to the vote, calling it a «victory for the Swiss Confederation and its democracy» (Figaro) or even a «lesson for all of Europe» (Le Peuple) (dodis .ch/51726).

All Dodis documents concerning the Jura question can be found at dodis.ch/T1021.