e-Dossier: The Establishment of Swiss Diplomatic Relations with the USSR 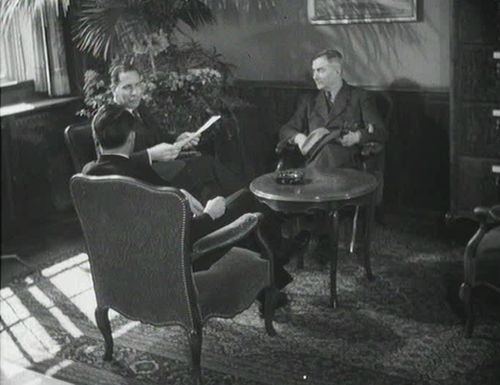 A period without relations

After the expulsion of the Soviet diplomatic mission in November 1918 (dodis.ch/43740), there followed a long time that saw no relations between Bern and Moscow. The attempt to establish contacts with the USSR towards the end of World War II (dodis.ch/47861) was curtly rejected by the Soviets on the basis of Switzerland's «pro-fascist politics», as a blunt diplomatic note from autumn 1944 puts it (dodis.ch/47881, original in French). As a result of the affront, the Swiss foreign minister, federal councillor Marcel Pilet-Golaz, resigned from his office (dodis.ch/47892).

The end of the war and the Soviet assets

For the new foreign minister Max Petitpierre, the normalisation of relations with the victorious power in the east became a top priority. Achieving this goal had its price; in September and October 1945, the Federal Council reversed the freezing of Soviet assets in private banks and the Swiss National Bank that had been effectuated in 1941. «Always with a view to the desirability of a normalisation of mutual relations», the national government saw this step as an «advance payment» to Moscow (dodis.ch/57, original in German). 20 million Swiss Francs were paid without Switzerland's own substantial compensation claims – over 1.5 billion for evictions, looting, and expropriations after the October Revolution of 1917 (dodis.ch/51) – having been settled.

The question of internees and an immoral offer

The end of the war also saw negotiations with a military delegation about the fate of the roughly 10'000 interned Soviet prisoners of war and forced labourers who had fled to Switzerland from the German Reich. Not all of them wanted to return to the the Soviet Union; among them were a political refugee and a deserter. By international law, the two Russians should not have been extradited. However, Moscow was urging their exchange for five Swiss diplomats held by the USSR. In Bern, there were worries that «a refutation of the Russian proposal might negatively influence the Soviet Union's willingness to establish diplomatic relations with Switzerland» (dodis.ch/53, original in German). In December 1945, the federal government decided to give in to the pressure coming from the Soviet Union (dodis.ch/1340).

The agreement on the subject of the internees cleared the way for negotiations on the re-establishment of relations with the USSR. These were initiated by the Swiss envoy to Yugoslavia, Eduard Zellweger, with the Soviet embassy in Belgrade. Once again, the Soviets made steep demands. They asked the Federal Council to apologise for its «anti-Soviet attitude» in the past. Petitpierre initially declined (dodis.ch/1921, original in French, see also dodis.ch/50). The formulation ultimately agreed on was: «The Federal Council announces that it has changed its previous standpoint insofar as this was inimical towards the USSR» (dodis.ch/48190, original in French).

Normalisation after the «worst-case scenario»

After the exchange of notes on 18 March 1946, things moved quickly. In late April 1946 Hermann Flückiger already took up his post as the first Swiss envoy to Moscow. Economic relations were established, too. In March 1948, Switzerland and the USSR signed a trade agreement in Moscow (dodis.ch/4021). Nonetheless, the conditions under which the Federal Council had normalised relations with the Soviet Union were traumatising for Switzerland. The extensive concessions made and the humiliating procedure were a worst-case scenario for Swiss diplomacy, and had far-ranging consequences.