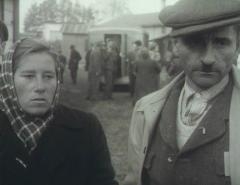 The Federal Council was not stingy with big words: «The threat of World War III and of a renewed test of strength, with all its tragic consequences, is weighing on humankind», the federal government wrote in a statement from 6 November 1956, sixty years ago. «But peace still can, and must, be saved», the government appealed to the superpowers (dodis.ch/12315). As with the Geneva Summit of 1955, the federal council wanted to offer Switzerland’s «good offices» in order to convince the heads of the US, French, Great British, USSR, and Indian governments to partake in joint peace talks.

Dramatic days of the twin crisis

The appeal to peace had been preceded by the most dramatic days of the so-called twin crisis: in late October, a popular rising in Hungary had developed into a revolution against the communist regime. Exploiting the crisis in the Soviet sphere of influence, Israel, in alliance with France and Great Britain, began a military attack on Egypt. The former colonial powers wanted to regain control of the state-owned Suez Canal; they had not anticipated, however, the widespread international protest that followed. On 4 November, Soviet troops entered Hungary to violently subdue the rising there.

«The decline of the occident»

Contemporaries felt they were caught up in a time of major crisis. As early as September 1956, the Swiss foreign minister, Federal Councillor Max Petitpierre, sketched a desolate picture of the international situation in a speech, given before the diplomatic corps, about Egypt's nationalisation of the Suez Canal. The West, he posited, was showing itself to be divided and incapable of action in the face of the dynamics of decolonisation. By contrast, the USSR was increasing its influence in a self-confident and optimistic manner, especially in the Middle East (dodis.ch/32119). The Federal Councillor’s appeal was motivated by his genuine concerns regarding a possibly «catastrophic development» (dodis.ch/12274 and dodis.ch/11133).

The Swiss initiative for peace ultimately failed. Instead, the powers involved counted on the United Nations’ mediation. As a «gesture [...] to the UN and the world public», the Federal Council readily agreed to take on the costs for the transport of UN troops who, following mid-November, were deployed to Egypt by Swissair machines (dodis.ch/11273). As a protecting power, Switzerland also had the difficult task of representing, in Cairo, the interests of France and Great Britain (dodis.ch/12909).

The Suez Crisis (dodis.ch/T1241) rocked the West‘s conception of itself. As national movements in the Arab world gained strength, there was speculation whether the British Pound and the Dollar would lose their position as key currencies. The Swiss National bank prepared for a scenario in which the Swiss Franc would soon become crucial to trading and finance operations in the Middle East and in Asia (dodis.ch/13075). In the meantime, the Federal Council decided on measures that responded to the limited supply in fuels. On 16 November 1956, for the first time, a four-week ban on driving on Sundays was decreed (dodis.ch/40901 and dodis.ch/40903), an action that was to be repeated in the wake of 1973’s «oil shock».

«Heroism of the Hungarian people»

Switzerland was much more immediately touched by the events in Hungary. «No Swiss who is worthy of this name has not felt, with great emotion, that what has taken place was an attack on humanity», is how Federal Councillor Petitpierre put it in a speech before parliament. «This feeling was accompanied by an admiration and by the respect owed to the heroism of a people sacrificing everything they have, even their lives, in this unequal and merciless fight, and who will not be dissuaded from their ideals. The blows that have been dealt to the Hungarians are struck against all free people» (dodis.ch/12254).

On the morning of 20 November, the country expressed its sympathy in three minutes of silence (dodis.ch/12323). The wave of solidarity with the Hungarian people was supplemented by protests and hostilities against Soviet institutions. Repeatedly, the Federal Council was asked to break off diplomatic relations with the USSR (dodis.ch/12319). At the same time, the public increasingly criticised Swiss companies’ «eastern trade» (dodis.ch/12320). The Swiss Olympic delegation revoked their participation in the Melbourne games, so as not to compete against Soviet athletes (dodis.ch/11713).

Open borders for thousands of refugees

Private donors gave 6.5 million Swiss Francs and sent 2 million parcels with drugs and food supplies to those in need (dodis.ch/12324). The «people’s spontaneous will to help» particularly manifested itself in the admittance of Hungarian refugees, roughly 11'000 of whom came to Switzerland. As early as mid-November, it was declared that: «Switzerland accepts all who want to come here, and has formulated no selection criteria» (dodis.ch/17173). Due to high demand in the industrial sector, numerous companies requested to be allocated Hungarian workers. From the Beginning, the declared policy of the authorities was «to do the utmost that is possible to find a humane way to accommodate the refugees» (dodis.ch/12322).